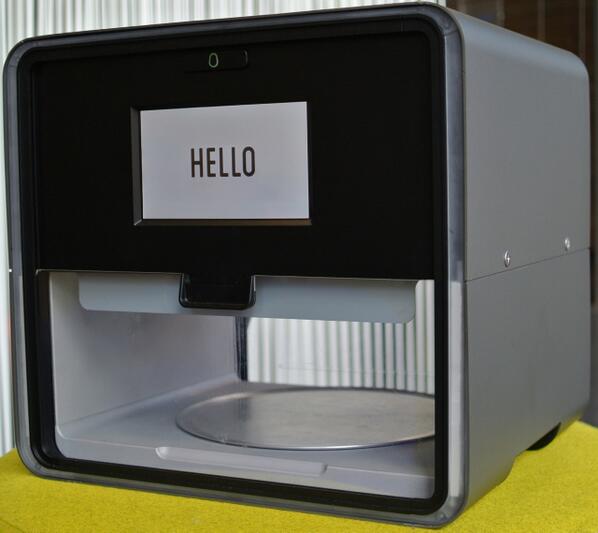 Back in the 1980s, Star Trek: The Next Generation depicted society far in the future, when starships took people throughout various galaxies in the name of exploration. One of the coolest parts of the future that the show depicted was the replicator. It was a machine that would create any food or drink that you desired. You simply had to tell it “tea, Earl Grey, hot” and it would instantly create a steaming hot cup of Earl Grey tea. Well, in the year 2014 we don’t have those starships yet but we just may have those replicators.

A new 3-D printer called Foodini will be released in stores later this year. Want a pizza but don’t want to pay for the local pizzeria to deliver to you? But you’re too lazy to make dough, form the dough into a crust, add cheese, sauce and toppings? That’s where the Foodini comes in. You simply take your “pizza” cartridge, load it into the printer, select the pizza button, and it prints a pizza before your eyes. The printer is not able to cook food, though, so you will still have to stick it in the oven.

The makers of Foodini said that it will revolutionize the way people cook just as the invention of the microwave once did. By eliminating the prep for cooking, it will allow people to enjoy fresh, homemade meals who otherwise are too busy, too lazy, or not competent cooks. The Foodini will make other dishes as well, such as pasta, cookies and more. Any food that doesn’t require cooking can be eaten straight out of the Foodini.

Foodini founder Lynette Kucsma told Mashable that the purpose of the Foodini 3-D printer was to “take on the difficult and/or time-consuming parts of food preparation that often discourage people from creating homemade food.”

One Fat Frog is excited about this invention just as we are about any culinary advancement. We’re not sure if the Foodini will ever be a regular sight in restaurants, where chefs want total control over the preparation of the food, but this could be an exciting tool for home cooking.